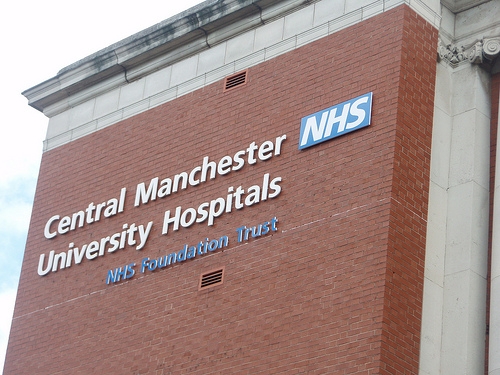 On the 31st October 2011, the world’s population crept over the seven billion mark. It was, to quote the BBC, “a population milestone”. This is not the first (and nor, I imagine,  will it be the last) global milestone as we edge forward into the twenty-first century. Back in 2008, the world quietly reached another milestone – over half of the world’s population now lives in an urban area. Today, that means that there are over 3.5 billion people living in urban areas worldwide. To put simply: that’s a lot of people living within geographically small areas on this planet.

As a result, population health within urban areas has become an important topic for research. Urban health, which can be defined as “health that is specific to urban areas”, is a growing field of research internationally. From a health perspective, urban areas have specific problems associated with health that are different to non-urban areas.

It has, until very recently, been assumed that living in an urban area was beneficial. Indeed cities can offer more job opportunities; better education; access to a variety of health services and more opportunities for social interaction. But is urban living really that good for us? Air pollution, heavy traffic and limited (or no) access to ‘green spaces’ are starting to take their toll on urban populations.

Incidences of injuries caused by traffic accidents as well as respiratory problems are on the increase. And it is not just cities that are expanding. Long working hours coupled with a sedentary lifestyle means that our waistbands are growing ever more expansive. And it is not just our physical selves that are feeling the impact of urban living. Our mental health is also suffering. If anything, urban living emphasises the health inequalities and poverty that exist in many of our cities. And here I don’t just mean the U.K and Europe: these are global health issues.

Unfortunately, many of these problems cannot be identified using national or regional investigations or data. We have to go down to the urban level to really investigate the social, economic and environmental effects of urban living on health. The problem is that there is not that much data available at the urban level. In the developing world, this issue is even more problematic where urbanisation is occurring rapidly.

The European Urban Health Indicators System (EURO-URHIS 2) project is starting to address the data gap. Using four specially designed data tools, EURO-URHIS 2 has been collecting urban population health data across the U.K, Europe and beyond. By the end 2012, it will house the world’s largest repository of urban health data, which is both representative and comparable between all urban areas that took part in the study. The project has focused on trends in population health of children, the aging population, women and hard to reach groups (such as ethnic minorities) to investigate any inequalities in health or healthcare system suffered by these groups.

At the same time, we are working with policy-makers to produce easy to use tools for evidence based policy making. Many urban areas have health policy determined at the local level, but by using regional and national data sets, policy-makers end up using local estimates. In many cases this can lead to resources simply being wasted. Having data at the urban level will allow for better resource allocation, which is even more important in the current economic climate. Our data will also help national and regional policy-makers evaluate the impact of local policies. But this is just the beginning.

As urban areas continue to grow, being able to monitor the health of populations has never been more important. Here, I would like to take the opportunity to say that urban health is not just a public health or epidemiological research topic. If anything, urban health can bring together researchers and academics from all disciplines; whether you are a geographer, anthropologist, sociologist, economist or computer scientist. I believe that it is only through collaboration and working together that we can really start to tackle the issues of population health inequalities and urban poverty.

See some of the specific projects MUCH researchers have been working on: