This is the second of six blogs written as part of the assessment for North American Cities, a second year undergraduate course in Geography at the University of Manchester. Required to write a blog of 1500 words on an issue of their choosing, Nicola Carter chose to write about Albuquerque …

Albuquerque, New Mexico, has been pushed into the spotlight thanks to a certain bald meth dealer hitting our screens in early 2008. If you haven’t seen AMC’s Breaking Bad, I suggest you do so. Lock the door, take the phone off the hook and clear a week in your calendar. Shot and based in Albuquerque and chronicling the life and crimes of chemistry-teacher-turned-meth-dealer (Bryan Cranston, below right) and his petulant protégé (Aaron Paul, below left), Breaking Bad paints an altogether grim picture of drug use in the United States. Prostitution, murder, gang mentality and violence all feature heavily in the show – officially named the most streamed (both illegally and legally) show in the world. What is really interesting though, is the city behind the story – a real life city faced with a real life drug problem. 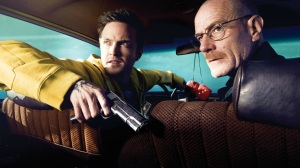 The term “Breaking Bad” itself is a southern colloquialism, meaning to stray from the straight and narrow; in Albuquerque’s case, a move towards drug usage. Methamphetamine, Breaking Bad’s primary drug of choice, is arguably not the drug which causes the most problems in Albuquerque – Albuquerque in fact has fewer patient admittances for methamphetamine abuse than both the state and the national average. Government figures show that Albuquerque only really stands out as a “problem” city in terms of heroin usage and abuse of prescription painkillers (you can check out the 2008 report here). There’s a problem with these official figures, though. Whilst there may be less patient admittances, how does that translate to actual figures of users? No-one is naïve enough to think that every drug user goes into a rehab program – nor that every user is even on any kind of radar. Many people can (and do) keep their addictions secret, from family, friends and colleagues.

New Mexico as a state doesn’t have the best reputation for drug usage. New Mexico had the highest rate of drug overdose deaths in 2008 and in 2011 – that equates to more people dying from overdoses than from all road traffic accidents per year. Española, just 85 miles South West of Albuquerque, has a level of drug related deaths roughly 6-7 times the national average (that’s 42.5 drug related deaths per 100,000 In Española, compared to the US average of just 6).  Whilst Albuquerque isn’t perhaps as bad in terms of statistics, try this interesting test. Internet search “Albuquerque drugs”. Yep, you find this delightful fellow as the first result.

Ouch. Now a bit of a comparison – do the same with “Baltimore drugs”. Supposedly the heroin capital of the US, but no self-professed drug dealer posting his home address on the internet. Do the same with Chicago, or Tucson, which has approximately the same population as Albuquerque. This poses a more interesting question about the culture of Albuquerque, perhaps. What kind of city would facilitate such brazen illicit activity on the internet and more importantly, perhaps, why is there a need for such a thing?

I read an interesting article recently written by a born and bred Albequerquean in Time magazine recently that really opened my eyes. There’s no aspiration, the piece argues – no hunger and no means of escaping the “city of mediocrity”. Apathy is what really rings true with this piece – low income families, poverty, a culture of brazen lawlessness (remember our friendly neighbourhood drug dealer, just a Google search away?) and a wild sense of isolation. The piece, any many more that you can find all over the internet also highlight the use of prescription drugs as gateways to harder substances, like heroin. One small scale study, on a group of seven high school students, found that every single one of them knew someone who’d abused prescription drugs, and every person interviewed for a news story said that the route to heroin started with prescription drugs. Teens in New Mexico are twice as likely to experiment with heroin than in any other state, resulting in $300,000 worth of heroin being sold in Albuquerque every day. Taking into consideration that heroin is now the cheaper alternative to prescription drugs (80-mg of Oxycontin, a prescription opiate based painkiller, costs $40-$60, compared with $20 for a bag of longer lasting heroin) that could be the equivalent of 15,000 users per day. Of the 13 high schools in Albuquerque, 9 have full time drug counsellors.

So what does this mean for the city? The drugs abuse stories that hit the media are usually extreme cases or based on sweeping generalisations – like this story from 2012 where a two year old child tested positive for methamphetamine. Albuquerque has a crime rate 53% higher than the US average. Since 1999, Albuquerque has had consistently higher levels of arson, theft, assault, murder, auto theft, robbery and rape than the U.S average. That’s staggering for a city of just over half a million. Maybe not surprising though, in a city where 22% of the residents live below the poverty line. This online map is awesome for tracking areas of the city. Areas of the city such as Trumbull Village, popularly and infamously known as the War Zone, is plagued by drug related shootings and crime – and 30.3% of the population live below the poverty line. Areas like Santa Fe show just how much drug policing can impact an area; a 20% decline in property crime (including burglaries) is largely attributed to an increase in drug related arrests.

The relationship between poverty and crime (read more here) has been the subject of numerous  academic studies over the years.  Put simply: high crime rates are considered by both the UN and World Bank to be a barrier to development. Albuquerque has both high crime rates and high poverty rates, perhaps both helped along by the high rates of drug abuse and usage? Figures from 2011 state that almost half of all US prison inmates were incarcerated for drug offences. The Albuquerque Journal publishes arrest records for the city, and a substantial number of these are for drug related offences. There are countless reports and testimonials from ex-addicts who explain the lengths they went to for a fix; burglary, prostitution, muggings or even kidnapping. Many others may have been committing crimes to pay for their drug habit. Heroin is cheap, yes, but expensive enough that many users are forced to steal to feed their addiction. The sheer cost of the law and order associated with the drug trade is staggering – police officers, judges, courts, prison services, lawyers. Drug enforcement cost the American Government as a whole billions of dollars (a recent estimate is $41.3 billion) a year – not including the cost of crime indirectly caused by drugs.

It seems Albuquerque’s problems with drugs are actually quite well exemplified by Breaking Bad; the ease with which Walt accesses drugs, and how easily he finds buyers for his meth, Jesse’s using of drugs to escape a painful childhood, and the murders that seem to occur in every episode. If only ending Albuquerque’s relationship with drugs was as easy as ending Breaking Bad 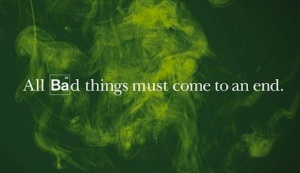 Albuquerque has a heroin problem; a problem that’s debilitating and demobilising for the city. A drug problem that exacerbates the other problems in the city; that drives and maintains poverty, which increases crime and reduces aspiration. The infiltration of heroin into high schools and the young age at which addiction is starting is crippling the city, breeding another generation of addicts and perpetuating a culture of lawlessness. The amount of money being poured into drug policing in the city clearly isn’t enough: in 2010, a 16 year old girl overdosed on heroin and died, following a two year struggle with addiction. Based on a state average life expectancy of just over 78 years, that’s 62 potential working, childbearing, tax paying, life enjoying years lost. And overdose and drug related deaths are on the increase. Reducing this number will be a hard slog, but kicking the heroin habit might just be what Albuquerque needs.