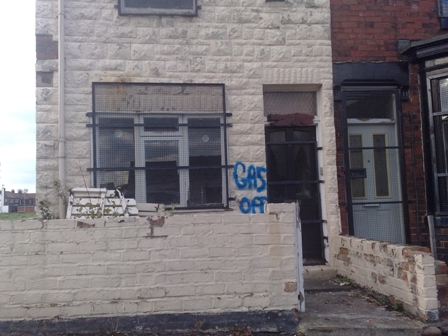 Deindustrialisation isn’t unique to Detroit. Drive around Stoke on Trent in the English Midlands and the impact of factory closures is all too evident. In Burslem port, around Dimsdale Street, houses are tagged not with the name of the local graffiti artist, but with ‘gas off’ – the better to expedite final, total destruction. Surrounding wasteland provides a sort of postmodern boulevard for the odd human victim of dereliction, in animated conversation with themselves; and yet nearby, working families build their lives in tidy, red brick bungalows.

The comparison is somewhat facetious of course, the product of genetic local pride, even in decay; what is demonstrated by these two volumes of photography by Marchand and Meffre, and Moore, is the sheer scale of the devastation in Detroit, Michigan. For Stoke it was ceramics, for Detroit, motor vehicles. Both took on the world in a do-or die battle of industrial production; both lost.

And so Detroit becomes a ne plus ultra – none more so – of post-industrial decline. Both of these books provide an engaging, sometimes stunning catalogue of tumbledown mansions, abandoned offices, gutted factories, and near empty streets.

Detroit, more than any city perhaps, illustrates industrial production’s power to shape society. To build cities, communities, human worlds, lives – and to destroy them. Anyone who saw Julien Temple’s excellent documentary Requiem for Detroit (Films of Record 2009), or read any of the slew of broadsheet articles that followed, knows the story of the rise and fall of America’s Motor City. How Detroit grew to be the fourth biggest city in the USA, workers flooding in from across the country and beyond. How Americans couldn’t match the 2 second per minute ‘down time’ of the Japanese auto workers, though they’ve caught up a lot since – too late for Detroit.

And so the factories closed, with Ford, General Motors and the like often relocating where labour costs were cheaper, where workers wouldn’t expect their own home, their own car, garden, health insurance. Now the factories, once veritable cathedrals of capitalism, lie abandoned and ripe for photographic exploration. A canvas for graffiti artists, an income stream for scrap collectors, a shelter of sorts for humans who have themselves fallen into dereliction. Underneath the visual impact of these photographs lies an almost unconscious awe at the waste of it all. Millions (billions?) of tons of steel and concrete, hours of engineering in human thought and human labour… abandoned. But capital knows no sentiment, and if it is cheaper to abandon than to reuse or rescue, then so be it.

Once work disappears, so does the infrastructure that supported it. Notable in this respect is the Michigan Central Station. Marchand and Meffre, and Moor feature this vast testament – once to entropy, now to atrophy. Housing too; both books, similar as they are, covering all three points of the work/civil society/family triangle. Mansions overgrown with ivy, intrepid families still hanging on to their listing wooden home, grand red brick buildings that once hosted American Associations of This and Worshipful Companies of That now little more than doorways in which the broken people huddle – those broken people again.

It seems that the authors of these two books have visited many of the same sites; a number of their subjects are the same. The melted, Dali-esque clock in an abandoned Cass Technical High School, the Aurora Apartments, the detectives’ room at Highland Park police station. This latter particularly poignant. We see case-posters of ‘Vickie Truelove’ and ‘Debbie Friday’, whose names can be linked through a brief web-search to the serial killer Benjamin Atkins. And what of ‘Jacob’, aged 11 (Moore: 177), his parents’ plea and his suspected kidnappers’ mugshots still pinned to the noticeboard?

So what is left for Detroit? Urban farming and young ‘alternative’ artists and musicians, it seems, although neither are represented in any depth by these books. In Detroit, as elsewhere, the Global Financial Crisis has focused minds on ‘alternatives’ to traditional ways of living and working – something similar happened in the 1980’s in Britain when unemployment rocketed and inner cities looked to be on the verge of collapse. Back then, commentators talked of ‘the possibilities of work beyond employment’ and artists sketched drawings of ‘collectivised gardens’ (See Pym’s essay and Harper’s drawings in ‘Why Work’, 1990). In a city as vast and half empty as Detroit, urban gardening has taken off with some vigour. Charities and volunteers do it to help feed the poor, the poor do it to help feed themselves, and now, illustrating Marx’s dictum that history repeats itself first as tragedy and then as farce, ‘one of the last remaining wealthy white financiers living in the city’ (Harris: 2010) leads Hantz Farms into a new dawn of urban agricultural production and employment. 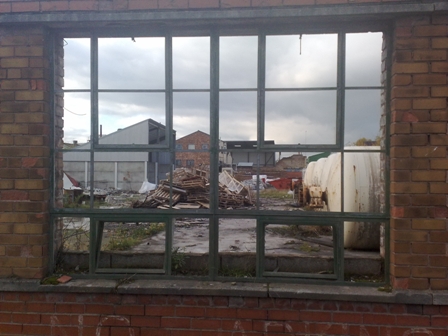 Architect and commentator Karl Sharrow has already pointed out that urban farming in cities such as London may not be quite as viable – given than many people can hardly afford to live there themselves due to the lack of space, and an attempt at urban horticulture in Brighton recently ended in a melee of bailiffs and diggers. This seems unfortunate, but the industrial trajectory of Detroit, ably captured by Marchand, Meffre and Moore, and the apparently positive elements of the aftermath of greening and growing, raise uncomfortable questions. Will the residents of post-industrial cities (still cities?) live in a developed, comfortable, stable society, or a semi agricultural, marginal one? Will we occupy the interstices in industrial capitalism’s wreckage, or something more dignified? And who decides? Urban gardening/farming as a hobby can be extremely rewarding, as increasing numbers of British city dwellers are discovering. Urban farming as a source of nutrition or employment for the human flotsam of industrial collapse may be a reasonable, temporary response to a crisis, but these crises just keep on happening. Poverty is reinvented in some new form with every cycle, at once elegiac and grotesque. Something leaves a strange taste in the mouth – we thought industrial capitalism had taken us beyond Americans and Europeans having to grow food or go hungry. Has it?